Painstaking research and artificial intelligence came together in order to help restore The Night Watch, a painting by Rembrandt van Rijn, to its full and original size, according to the Associate Press. It was trimmed down centuries ago in order to fit a small wall. The restoration work, a part of the Operation Night Watch project, is now being displayed at the Honor Gallery in the Rijksmuseum in Amsterdam. 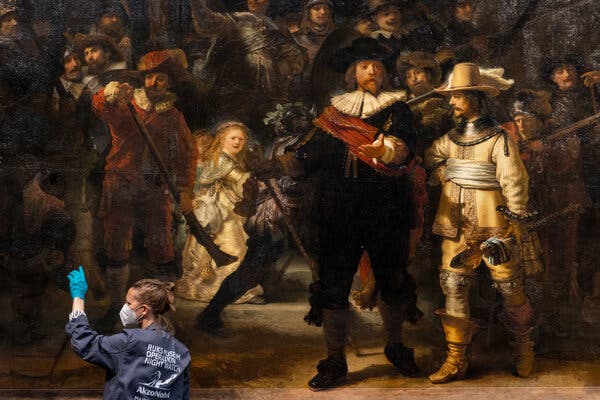 The original painting can now be seen flanked by printed strips that fill in the missing parts. Originally completed in 1642, The Night Watch used to hang in the club house of the civil militia that it was inspired by. After it was moved to a new location 70 years later, the painting was cropped in order to fit its new location’s smaller wall.

The missing pieces were never recovered, but researchers were able to piece together the missing segments and reconstruct them based on a smaller copy of the painting that was painted by Gerrit Lundens. 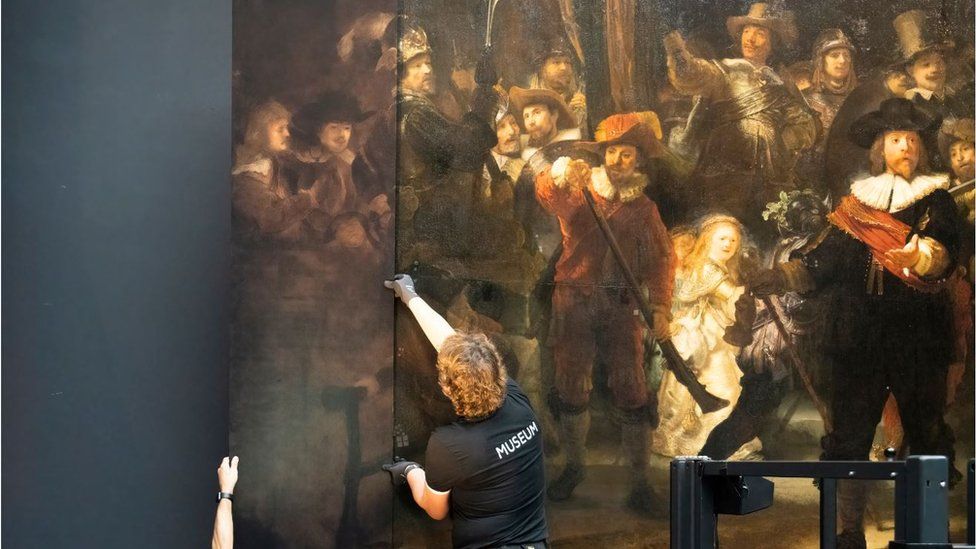 The Night Watch With Its Reconstructed Cropped Segments

For two years, X-rays, scans, and 528 digital exposures were taken of the original painting in order to train artificial intelligence model to imitate the style of the Rembrandt. Once this was complete, the AI was able to use Lunden’s copy in order to emulate Rembrandt’s style.

Museum director Taco Dibbits said: “Rembrandt would have definitely done it more beautifully, but this comes very close.” Museum visitors will now be able to see the restored painting as well as the new details that have been recreated from the original that were unceremoniously cropped out. There are two new faces and a small child that can be seen. This recreation allows us to see the painting in a new light, 300 years after it was cropped.

For those who are not able to visit the Rijksmuseum in Amsterdam, it is possible to take a look at a high resolution scan of the original cropped painting. This scan is detailed enough that it shows the cracks and even the individual brushstrokes left by the Dutch artist on the canvas. 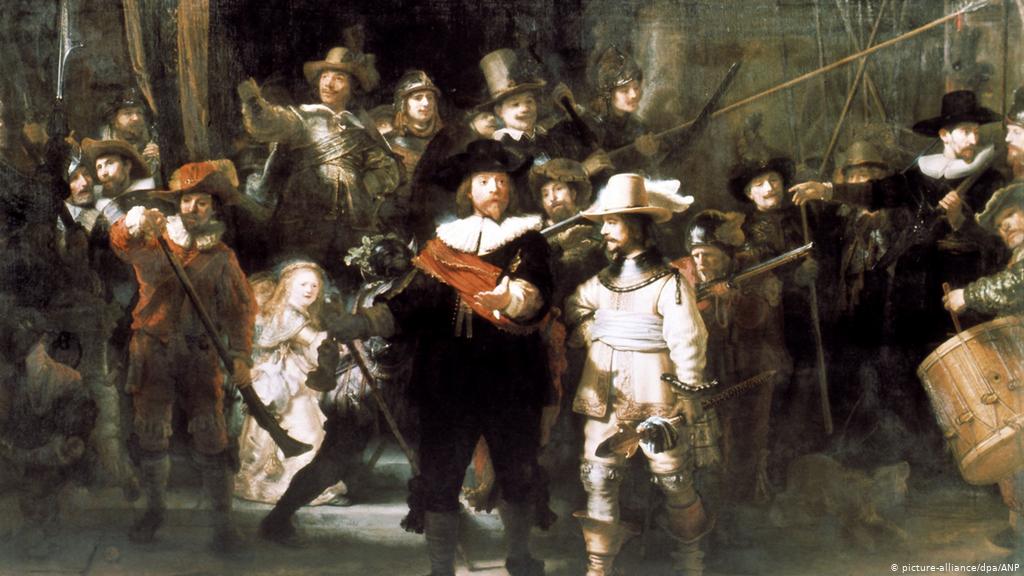