If there were awards for most determined and focused robotic workers, this little guy would certainly be the big winner. The food delivery robot was videotaped driving right through a crime scene in Los Angeles that was actually cordoned off, and the ensuing video has garnered a ton of traction online especially on Reddit and Twitter. People seemed to absolutely loved that it just zoomed right past police officers that were staring at it. 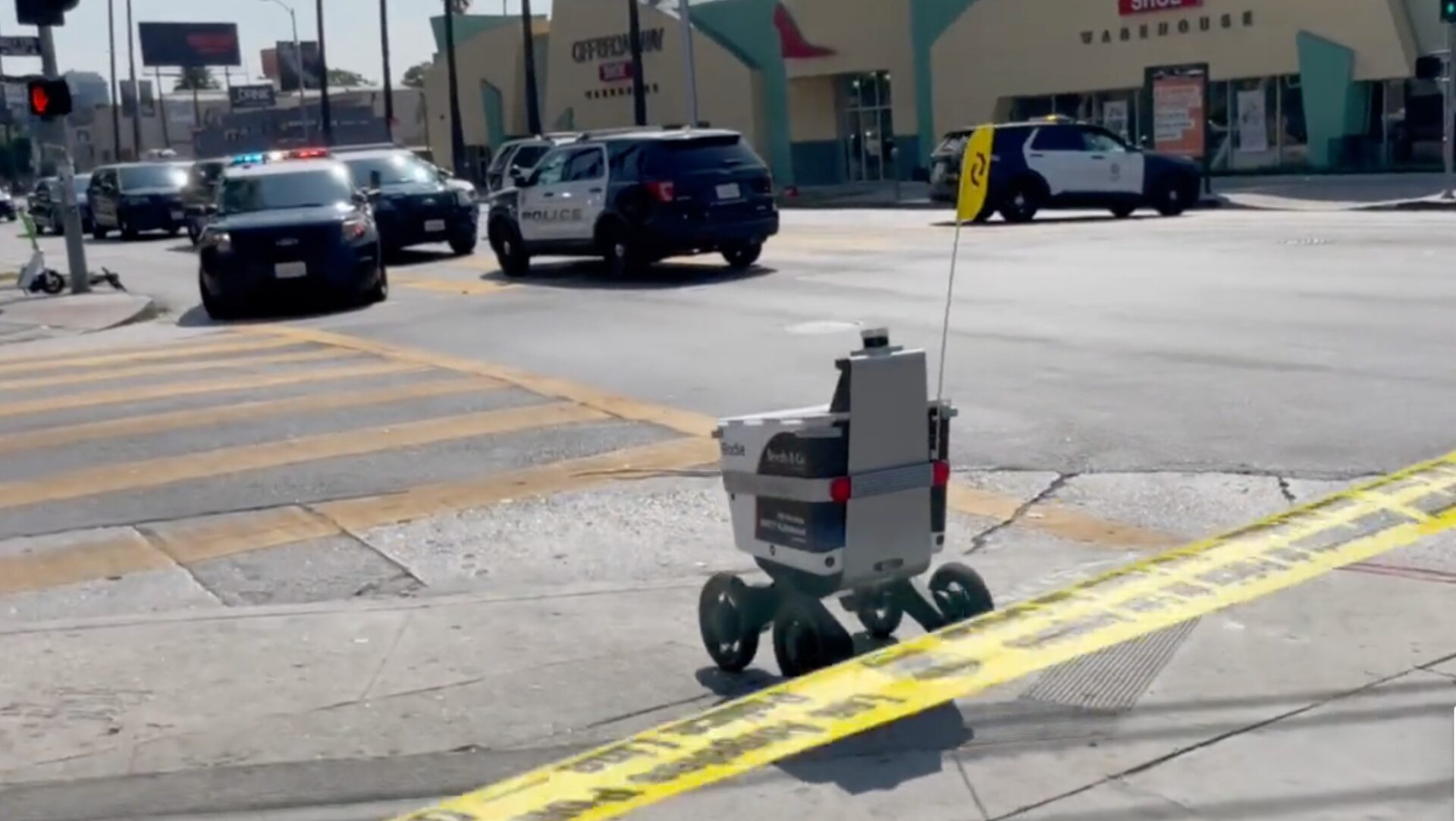 The Serve Robotics Model Drove Directly Through The Scene

The Serve Robotics model, which has been described as “next-generation robotic fleet” was caught on camera approaching the cordon. Someone actually lifted up the tape to help the robot happily continue on its journey to deliver the goods it contained.

Serve Robotics shared that its latest release of robots can “operate routinely without human intervention, and can rely on their onboard capabilities to ensure safe operation [using] multiple sensor modalities – active sensors such as lidar and ultrasonics, as well as passive sensors such as cameras – to navigate safely on busy city sidewalks.”

The one thing that these robots can’t seem to do yet is be able to tell that their path cuts though cordoned off crime scenes! However, we’re not so far away from officers themselves actually using these, while some attempts that have been made have not gone so well. 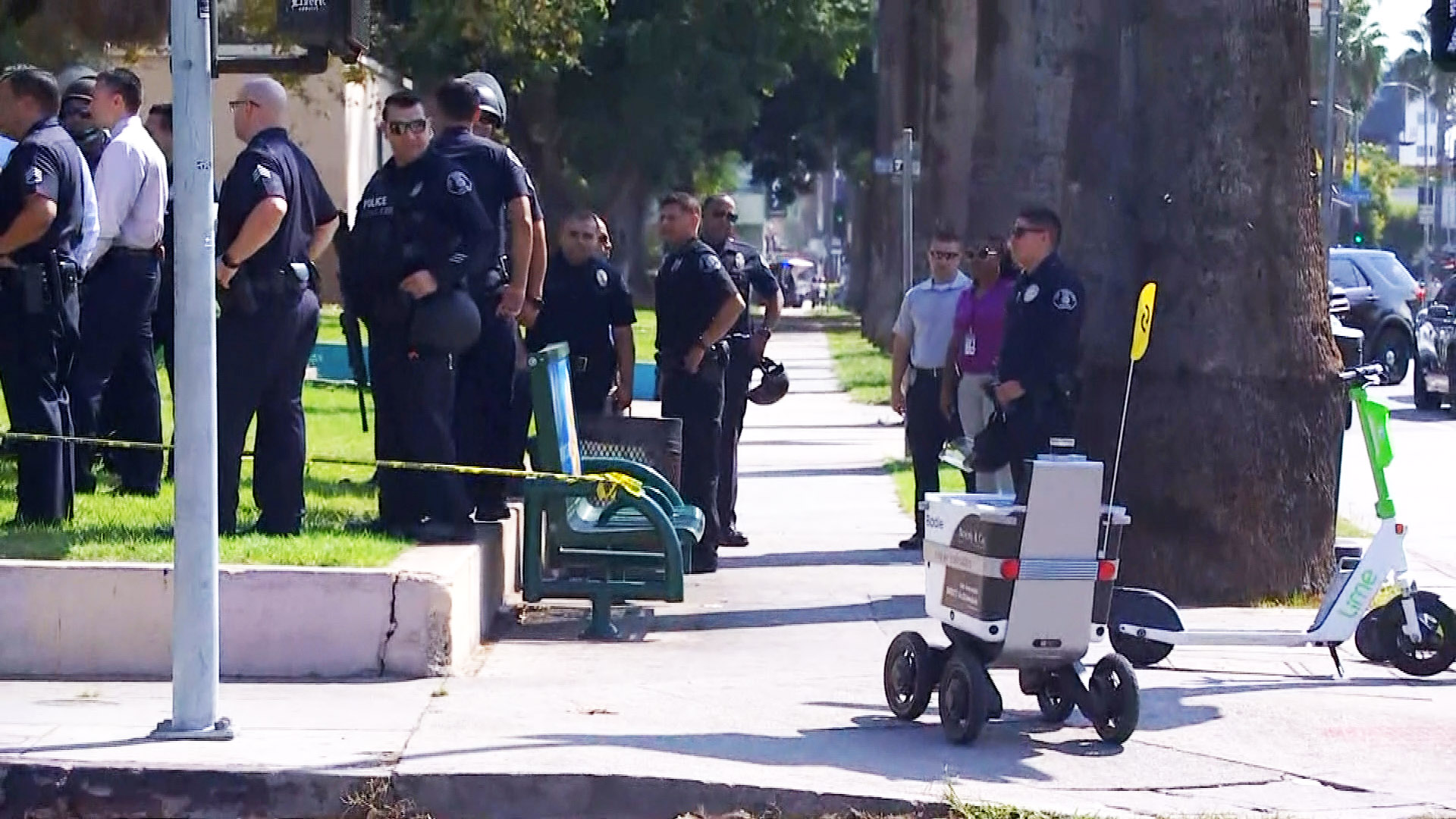 It Completely Ignored The Nearby Police Officers

In 2019, a “RoboCop” was deployed in a public park in California in order to patrol public areas in order to try to prevent and catch crimes. When a fight broke out in the Salt Lake Park parking lot in downtown Los Angeles, RoboCop was given a chance to show what it’s got.

Cogo Guebara, who was a witness to the scene, decided to approach the “RoboCop” since it said “POLICE” on it. She pushed the emergency alert button, thinking it would call police to come join the scene. However, she was surprised that the bot just told her to move out of the way.

Guebara told NBC News: “I was pushing the button but it said, ‘step out of the way.’ It just kept ringing and ringing, and I kept pushing and pushing.” 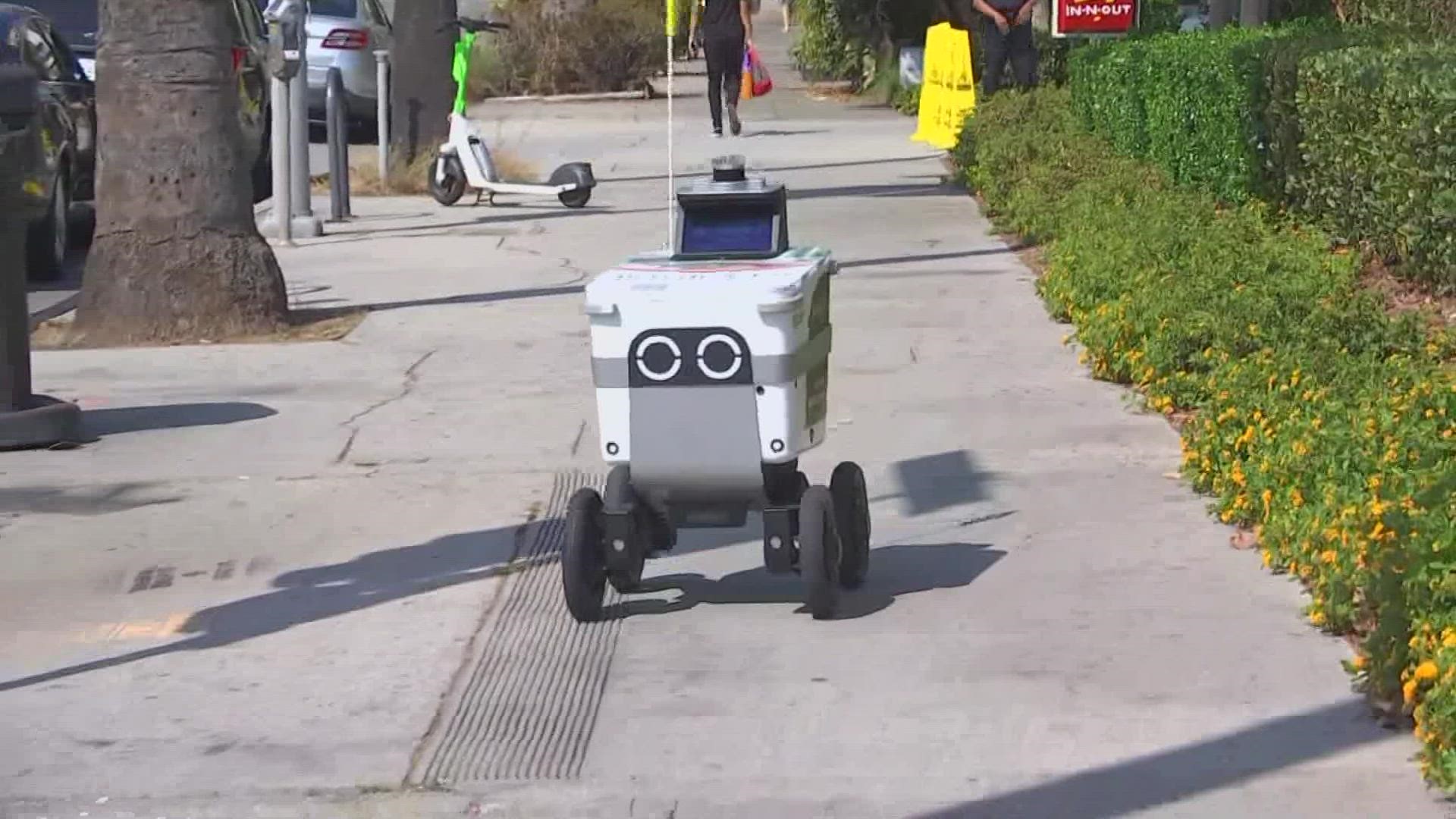 Another witness on the scene, Rudy Espericuta, called the police on his phone, while RoboCop continued its regular patrolling duties, stopping every once in a while to tell people its pre-programmed message of “keep the park clean.”

It seems like there’s still a way to go with perfecting these bots, but it’s safe to assume that eventually all of these kinks will be worked out and we’ll be pretty reliant on these robotic helpers.