There is enough sunlight to meet the needs of humanity and more, many many times over, but the main issue is that the best places to harvest this light and the places that need it most are rarely the same. The idea that has been floating around for years is to transmit the power of deserts to cities that are thousands of miles away could actually come to fruition, with two projects to accomplish this on the horizon. 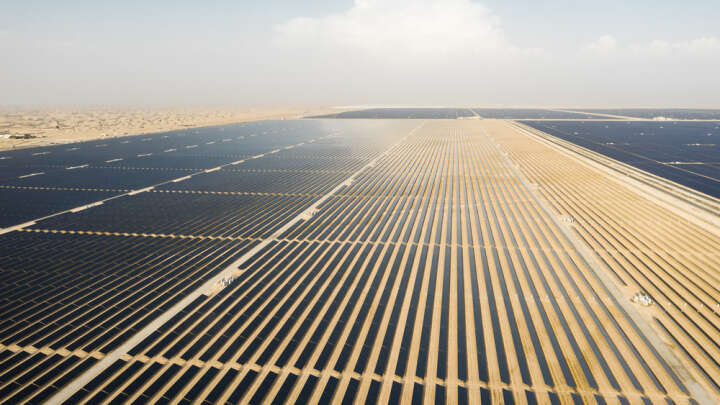 The project that is the most advanced is one that plans to run underwater cables in the sea from Australia all the way to Singapore. The Indonesian government just gave the green light for the project to go ahead, as the cables would be running underneath waters in Indonesia.

Singapore is the second most densely population independent nation in the world, and it is unfortunately pretty ill suited to generate its own energy. Electricity in Singapore heavily relies on fossil-gas-fired power stations. Most of the country’s residences and offices are contained in skyscrapers, so there is limited rooftop solar power energy that could be generated. That’s why the idea to power electricity to Singapore from vast solar farms somewhere else came.

Sun Cable is an Australian company created by some of Australia’s most wealthy has some big plans in mind. The original plan was to create a 10 GigaWatt plant near Elliot, which happens to be on of the sunniest places in the world, but it has since been upgraded to a 17 to 20 GW giant. For some perspective, in 2008, there was only 14 GW of photovoltaic cells installed in the whole history of humanity. 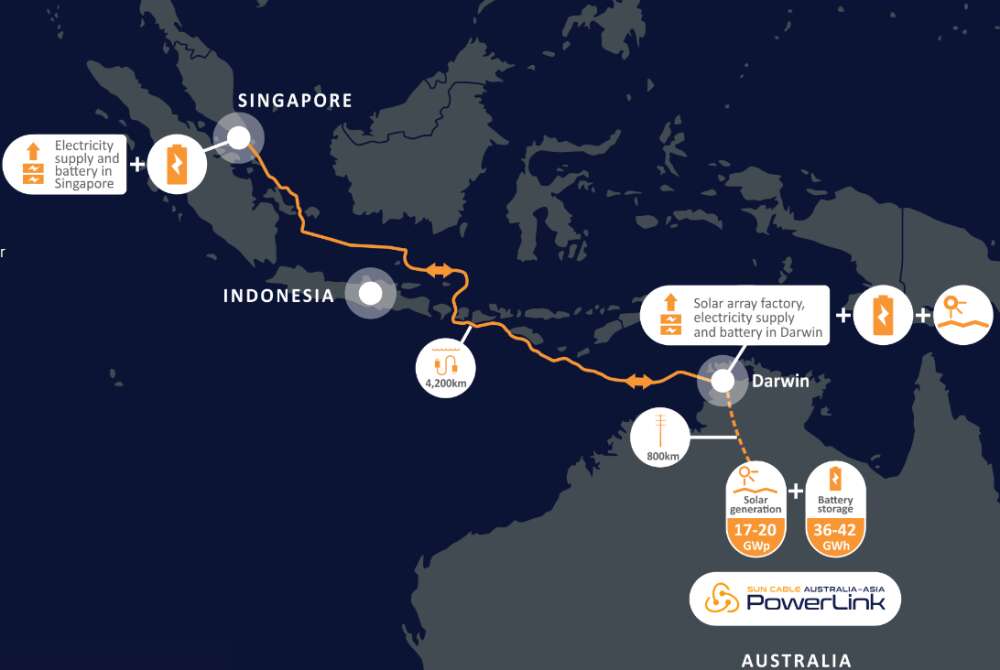 A Possible Route For The Energy

If the project goes as planned, it will carry electricity that is generated 500 miles to Darwin, which will receive a small bit of the power. The rest will then be sent to Singapore via a High Voltage DC cable that will run under Indonesian waters and reach its final destination. During the sunniest time of day, some of the energy will be used to charge a 36-42 GWh battery to keep the cities receiving the energy powered until the evening.

The goal is to provide clean energy to Singapore as well as generate a profit for the investors. The project is meant to launch an even larger project for the Australian solar industry. Interestingly, even though Australia invented the most used solar cells in the world along with having an ample amount of sunlight, the country barely produces the solar cells that it does use. Sun Cable wants to change that. 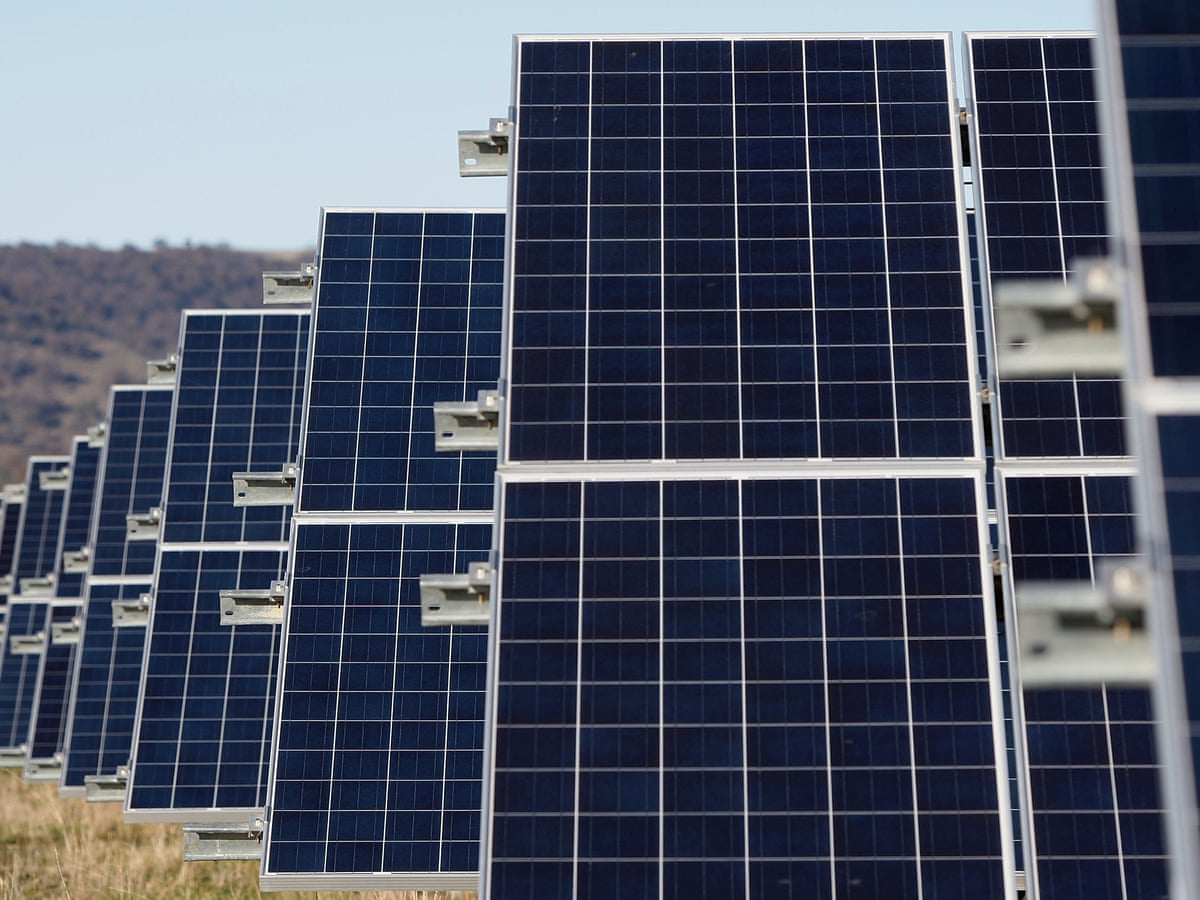 Australia Is Home To Many Solar Farms

One of Sun Cable’s main investors, Mike Cannon-Brookes, is also investing in SunDrive, a project that aims to commercialize technology that replaces the silver in solar cells with copper, which is cheaper, as well as 5b, which created ways to install solar farms.

If the project succeeds, Sun Cable will be able to launch similar projects in other locations worldwide. A 10.5 GW solar/wind farm in Morocco was recently announced, which aims to send power to the United Kingdom.